With bad news hurtling toward us on the daily, we need an escape, and we need to be seen. When media, positive or negative, revolves around a singular demographic, it can make anyone on the margins feel isolated. This week’s Podcast Picks fill those gaps created by mainstream media that situate the white, cisgender, heterosexual experience as “normal.” Such podcasts were especially important in creating community when the world was sitting at home during the height of the COVID-19 pandemic and remain just as crucial now.

This week’s Podcast Picks highlight relatable content for those lacking it, whether it be an informed discussion of racial struggle or casual banter between close friends. Each of these podcasts tap into under-publicized topics, from queer motherhood to developing a safe space for Black women to behind-the-scenes stories from a ground-breaking show.

Those of us who identify outside of the aforementioned “norm” deserve real conversation created by and for members of our own community, and these podcasts will give you exactly that. As they each exemplify in various episodes, identity-based discussions do not need to be solemn to be significant. The shows “PANTS,” “Rose and Rosie: Parental Guidance,” and “Cultivating H.E.R. Space” allow us to find joy in our identities and feel as if we have made real friends in the length of just one episode, all while gaining new insight along the way.

Here are Women and Hollywood’s latest podcast selections. They’ll inspire you to laugh and maybe even consider things just a bit differently. 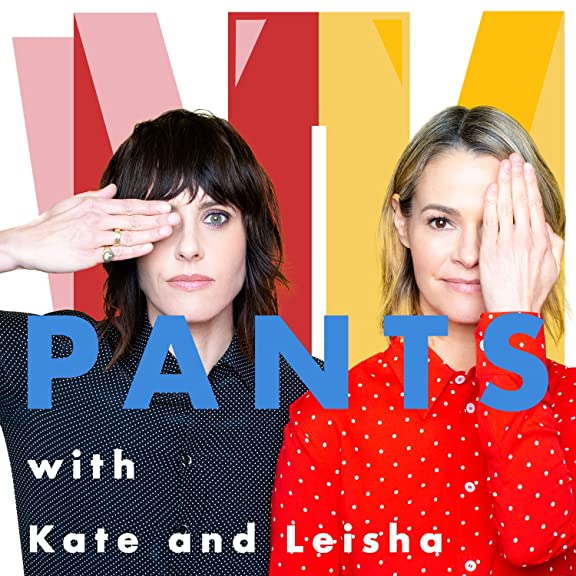 The best friendship between Kate Moennig and Leisha Hailey isn’t limited to their respective characters Shane and Alice on “The L Word: Generation Q.” Having met nearly 20 years ago on the show’s first installment, the two became fast friends. As their co-star Mia Kirshner put it, they are like a pair of pants: there can’t be one leg without the other. As the pandemic kept everyone in their homes in early 2020, Moennig and Hailey decided to harness their restless energy into a podcast, keeping in touch and sharing stories from their past and present.

During the podcast, the audience hears many untold stories from “The L Word.” Guest Sarah Shahi, who played Shane’s love interest in Seasons 2 and 3, talks about her character Carmen’s perceived sudden exit from the show. Shahi revealed her contract was only two years: Carmen was not intended to be a series regular. Despite the role being brief, Shahi and the hosts acknowledge how much weight Carmen held for fans whose families did not accept them for being queer. Though Shahi was sad to not return for the reboot, she reminisces with Moennig about their time together on “Ray Donovan.” Shahi describes how she and Moennig decided to pay homage to the fan-favorite relationship “Sharmen” by having their characters hold eye contact a second too long after being introduced.

Maria Shriver Reveals She Tried To Go Live In A CONVENT After Arnold Schwarzenegger Cheating Scandal!

Tommy Lee’s Wife Brittany Furlan Says She Only Intended To Shade HERSELF With Pamela Anderson TikTok!

With new episodes every Wednesday, Moennig and Hailey dive into a number of topics, including returning to the red carpet, home renovation, aging, and advice. Their chemistry is palpable, making “PANTS” light, humorous, and addictive. It’s an easy listen whether you’ve been following Moennig and Hailey since their time on “The L Word” or simply need a fun escape from the day-to-day grind.

Listen to “PANTS” on Spotify, Apple Podcasts, or wherever you get your podcasts. YouTubers Rose Ellen Dix and Rosie Spaughton, who have shared the married name Daughton since their wedding in 2015, embark on a new journey: starting a family, and starting a podcast to document it. With episodes airing every Monday since the show’s start in 2020, Rose and Rosie break down the process of having a baby as an LGBTQ+ couple. They’re learning as we are, bringing on guests such as sperm donors and queer parents to get a host of perspectives on the baby-making journey.

Their first-ever episode, “Two girls, one egg,” digs into the couple’s initial stages of starting a family. Rose speaks on feeling comfortable and capable after finding a clinic that was geared predominantly towards LGBT couples and single women. But they don’t only reflect on the positive. Rose dives deeper into how pregnancy can look different for straight versus queer couples, explaining how the clinic was suggesting a number of tests before trying to conceive. She converses with Rosie, arguing, “If I was straight, would I have all these tests? And I said, ‘No, I wouldn’t.’” There was a lot to consider, and the couple had to decide which tests were worth their money, considering how expensive the sperm donation process was already going to be.

Now with four seasons under their belt, Rose and Rosie have riffed on a number of pressing topics, from feeling like an old mother, enduring their miscarriage, the ethics of posting photos of their child online, whether or not gender reveals are outdated, to adjusting to life with their infant, Ziggy.

The Season 4 finale of “Rose and Rosie: Parental Guidance” aired June 5 but you can keep up with the Daughtons’ professional and personal lives on their shared YouTube channel, “Rose and Rosie.”

Listen to “Rose and Rosie: Parental Guidance” on Spotify. 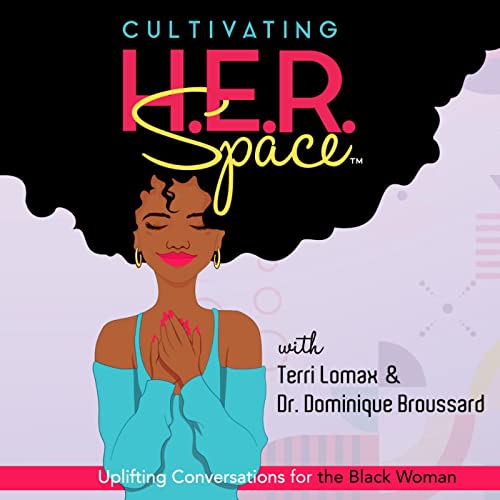 A podcast with the intention of evoking inspiration, motivation, or simply a fresh perspective, “Cultivating H.E.R. Space” creates a safe environment for Black women. Terri Lomax, a motivational speaker and brand strategist, and Dr. Dominique Broussard, a psychologist and college professor, created their podcast in 2019 to initiate authentic conversations on everything “from fibroids to fake friends.” Lomax and Broussard desired to develop a space where Black women could simply “be” amidst the far-too-common misrepresentations. Be it biased media coverage, stereotypical television portrayals, or lack of overall representation, Lomax and Broussard acknowledge the many ways Black women tend to be misunderstood.

In weekly episodes released every Friday, Lomax and Broussard engage with each other and a number of guests on relevant topics such as parenthood, burnout, standing out in a job interview, and social justice in the arts. A recent episode of their 15th season, “Rediscovering Yourself After Motherhood,” tackles societal (and other women’s) judgement of mothers. Broussard comments, “we don’t know everything and we don’t know everyone’s journey or story,” when it comes to mothers expressing regret or fatigue. Lomax agrees that it is necessary to “hold space for women to have those feelings,” acknowledging that it is easier to judge from afar.

Starting with a weekly quote — such as “Be an encourager; The world has plenty of critics already” from guest Ione Butler in the episode “Why We Need More Uplifting Content” — the podcasters set the intention for the conversation and give the audience a thematic anchor to hold on to. Whether the dialogue takes a casual, comedic tone or digs deep into the struggles of Black women, “Cultivating H.E.R. Space” certainly succeeds in opening up a safe and honest space where Black women can feel seen.

In addition to their podcast, Lomax and Broussard offer an “after show” program and other bonus content for members of their Patreon, which can be joined via their website.

Listen to “Cultivating H.E.R. Space” on Spotify, Apple Podcasts, or wherever you get your podcasts.

How the Beverly Hills, 90210 Cast Is Honoring Joe E. Tata

Top-Rated Work Pants on Amazon That Are Stylish, Comfy & Affordable

How to Savor Staying Home During the Summer Holiday, 17 Ideas – The Simply Luxurious Life®

Everything To Know About Eboni Nichols – Hollywood Life

The Scandal of Reading | An Introduction